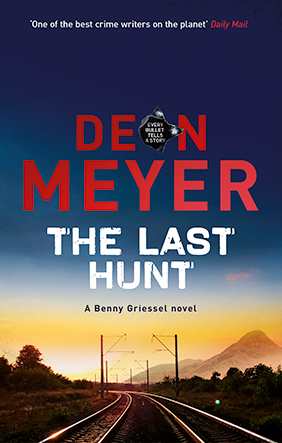 Someone got killed on the world's most luxurious train.

Griessel and Cupido did not want the docket. The Johnson Johnson dossier, the ex-policeman whose body they found close to the railway line near Three Sisters.

Because it is a stone cold case, mishandled by the local cops, forced onto the Hawks.

And then there's the other shenanigans: Two of the passengers on the world's most luxurious train are ghosts. They don't exist. The arrogant officers at the VIP Protection Unit in Pretoria are lying through their teeth. About vital information. And there is huge pressure from top brass to call it a suicide.

More and more, it reeks of international implications.

More and more, it reeks of the big S-word. State Capture.

"... a finely tuned page-spinner that’s an absolute pleasure to read."

"Mr. Meyer’s humane and engaging characters are indeed among the best of the best."

"This is a terrific book, abounding with South African — and French — flavor, political and procedural sophistication, and characters you’d want to have a dop with. (Afrikaans for a drink; linguistic riches abound here as well!)"

"In Meyer’s superb sixth novel featuring Capt. Benny Griessel (after 2015’s Icarus), Griessel and Capt. Vaughn Cupido, his police partner in South Africa’s elite Hawks investigative unit, are handed a “hot potato,” the possible murder of Johnson Johnson, a private security guard who was hired to protect a wealthy Dutch tourist on a luxury train from Cape Town to Pretoria. Johnson never made it to Pretoria. Nine days after he boarded the train, his body was found beside a railway line in the Northern Cape with a massive skull fracture. Griessel and Cupido’s attempts to learn the truth aren’t welcomed by everyone in the government. Meanwhile, Daniel Darret, a native South African who has settled in Bordeaux, France, rescues a female stranger from a gang of assailants with fighting skills that suggest he’s a trained killer. An old friend from South Africa soon has an important job for Darret. Meyer keeps the suspense high as the reader tries to figure out how the two plotlines connect. This may be the breakthrough book this author deserves."

"... a compelling page-turner and a searing portrait of the author’s native country."

"A double-barreled tale that's sprawling, shape-shifting, and, in the end, deeply satisfying."

"Excellent. One of the best thrillers of the year."

"Meyer weaves an enthralling plot peopled with his familiar, likeable characters, to make this an absorbing novel."

— Gabrielle Bekes in The Sunday Times.

"Meyer's latest novel is - let me just come out and say it - a tour de force."

"The Last Hunt is a monumental Bennie Griessel dossier, rejuvenating and expanding crime fiction in a brilliant manner."

"This is a humdinger of a novel, and as far as I'm concerned, Meyer at his best. The pace is fast, lightening fast, and the research superb. And the suspense runs high."

The World of The Last Hunt 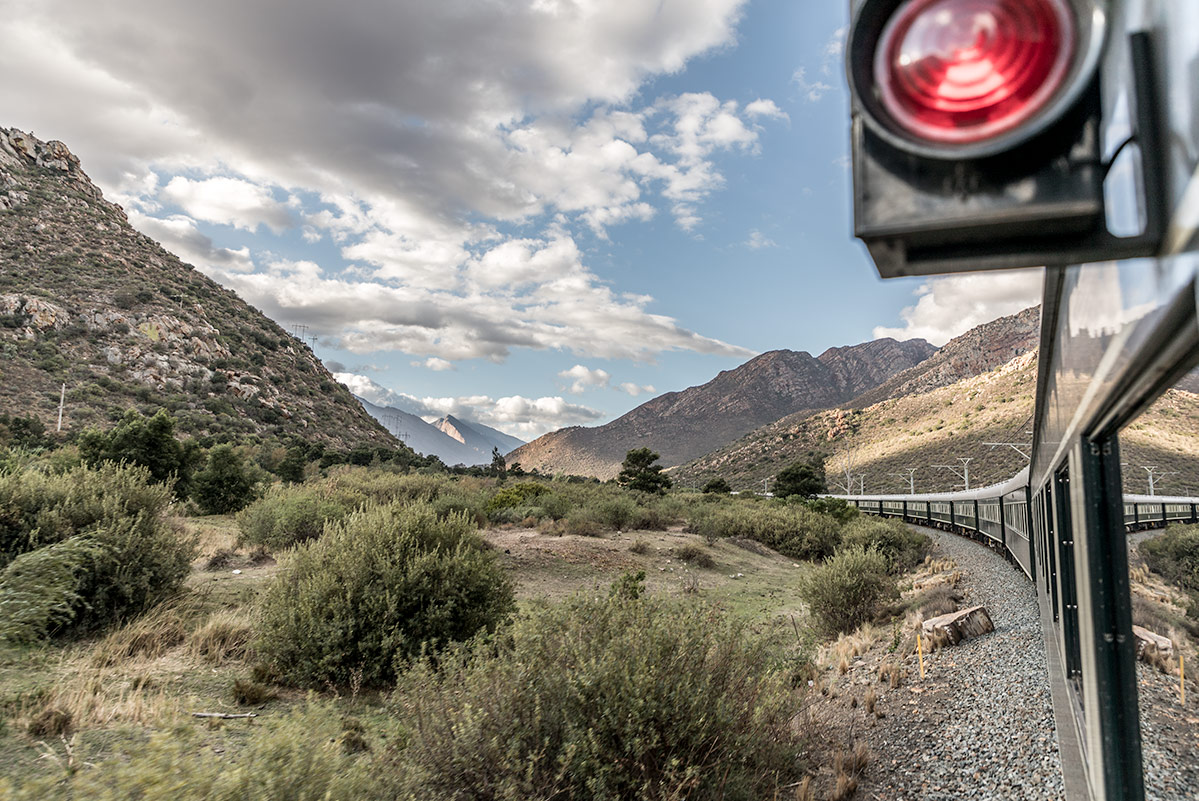 Rovos Rail: The magnificent Rovos Rail train on it's way through the Ceres mountains, from Cape Town to Johannesburg. Each sleeper carriage, 22 metres long, accommodates five Pullman suites at 7 m² or three Deluxe suites at 11m² or two Royal Suites at 16m² making these by far the largest suites on any train in the world today.

Pretty picture: In the novel, when Daniel Darret visit's Élodie LeCompte's apartment, he sees a painting of the Bordeaux artist Sniege on her wall. The artwork shown here is representative of this wonderful painter's style. If you want to know more about her, click here.

Lap of Luxury: The Rovos Rail train on the inside. On the left is the viewing car and deck at the back of the train. The lounge is in the middle, and the dining car is on the right.

Room with a view: The beautiful sleep cabins on a Rovos Rail train, featured extensively in the novel. 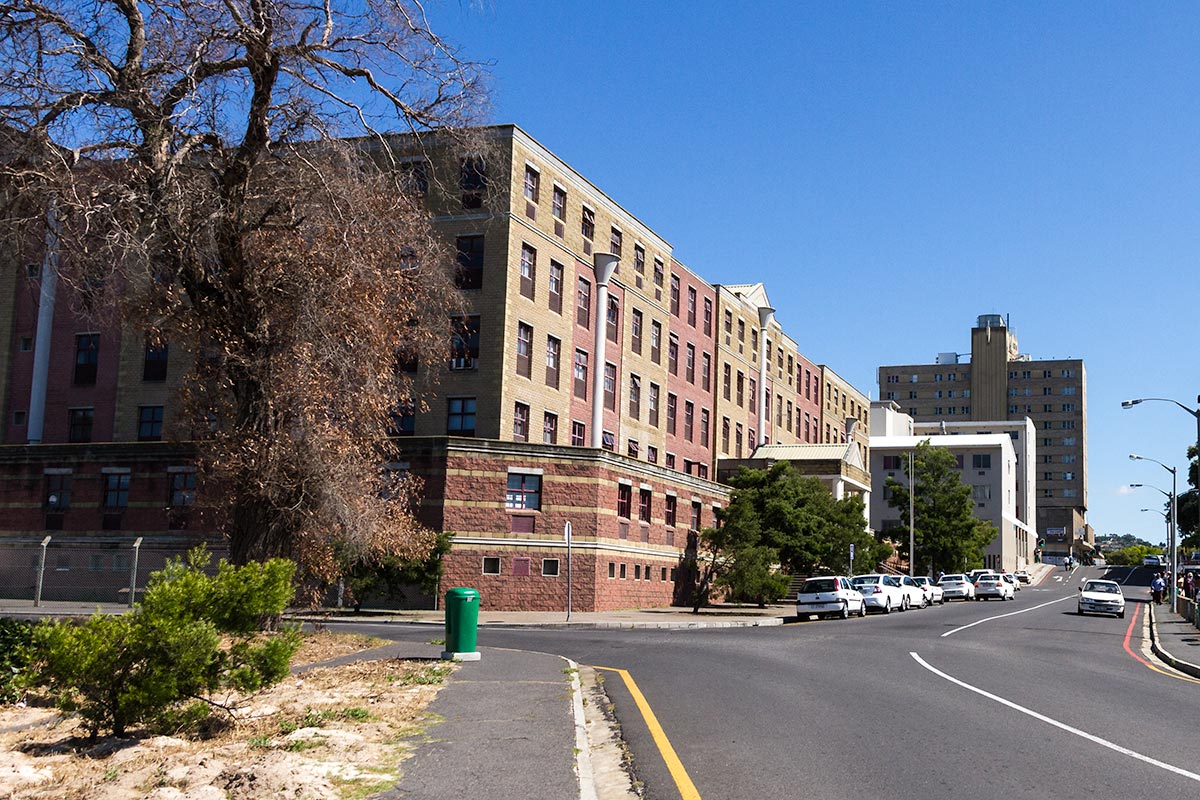 Home of the Hawks: The (real) headquarters of the Directorate of Priority Crime Investigations (The Hawks), in Bellville. This is where Benny Griessel has an office.

Suspense goes international: The French city of Bordeaux plays a major part. The hub of the famed wine-growing region, it is a port city on the Garonne River in southwestern France, known for its Gothic Cathédrale Saint-André (where a secret meeting takes place in the novel, see below), 18th- to 19th-century mansions and notable art museums such as the Musée des Beaux-Arts de Bordeaux. The grand Place de la Bourse shown here, centered on the Three Graces fountain, overlooks the Miroir d’Eau reflecting pool. 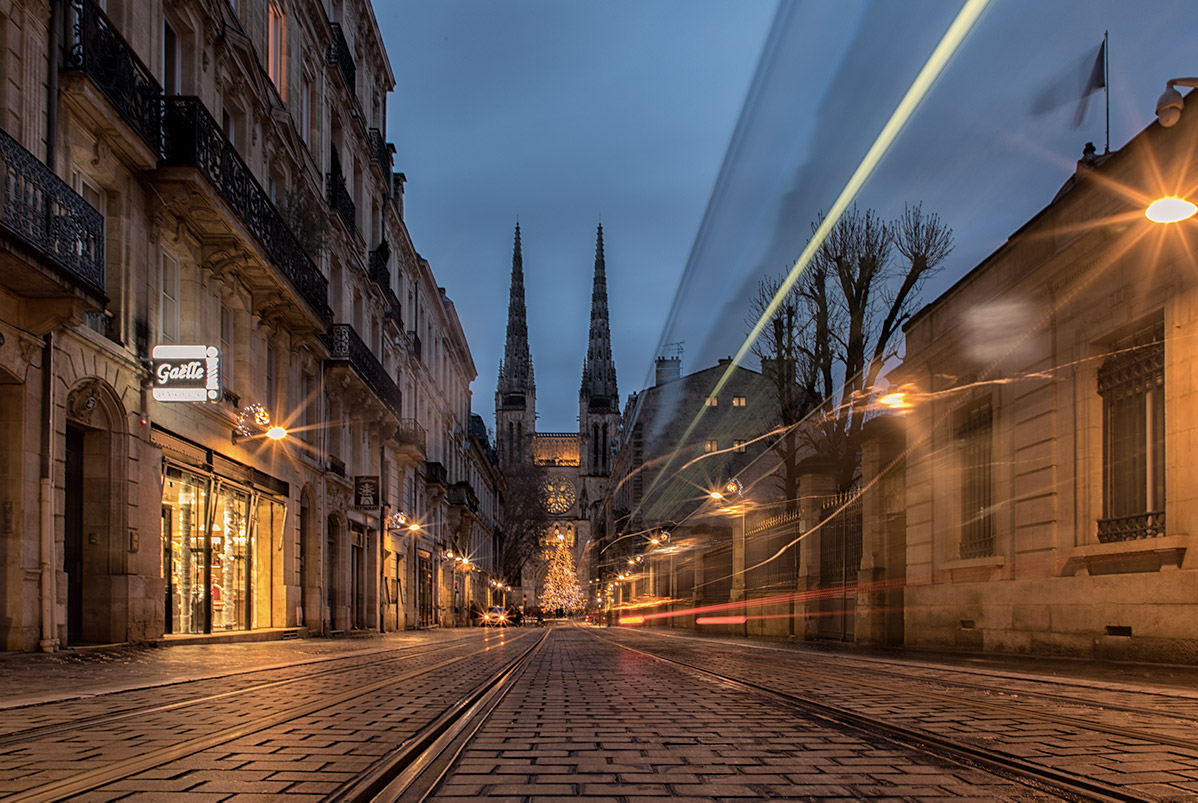 Secret Service: The magnificent Cathédrale Saint-André, commonly known as Bordeaux Cathedral. This is where Daniel Darret has his first secret meeting with Lonnie May. 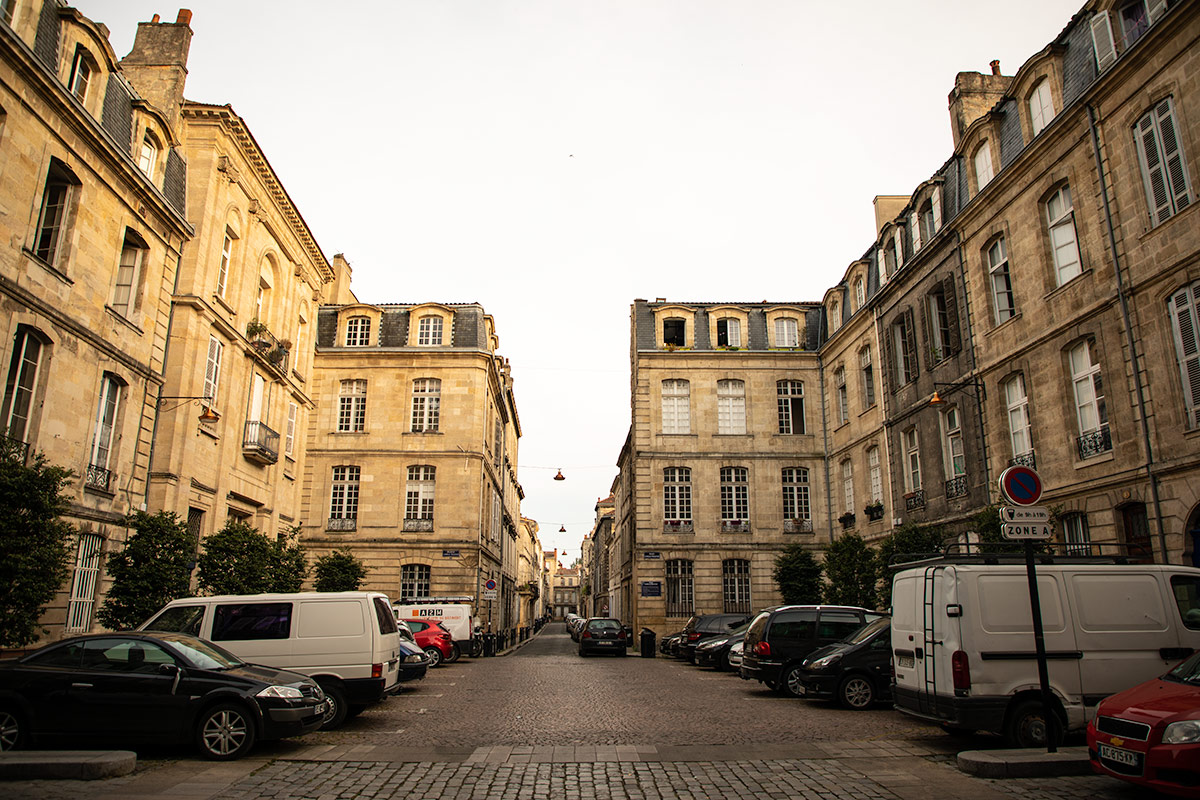 Home of the Brave: The Place Camille Pelletan in Bordeaux's Saint-Michel neighbourhood. Daniel Darret's imaginary apartment is based on the darker building on the right. 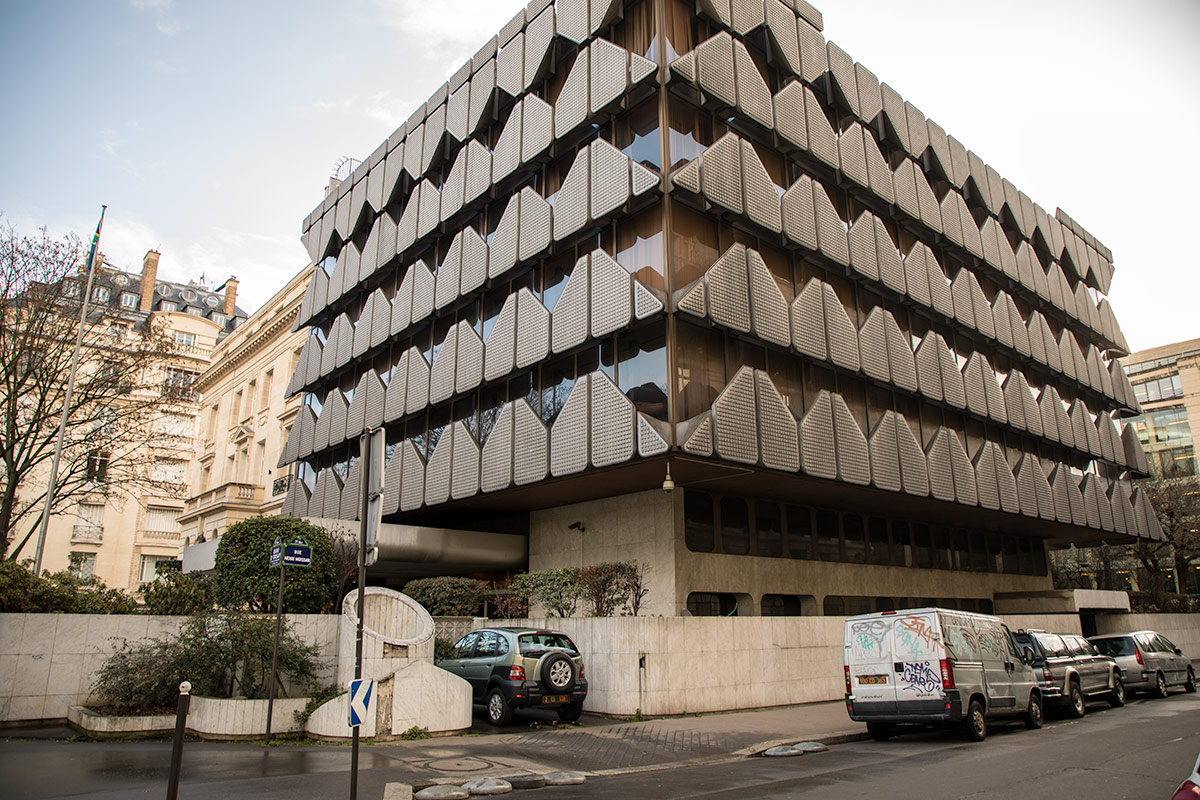 The Egg Carton: The South African Embassy in Paris' Quai d'Orsay near the Eiffel Tower. Daniel Darret has to evaluate the building as the potential scene of an assassination. Designed by three French architects and completed in 1974, it is either loved or loathed by Parisians. 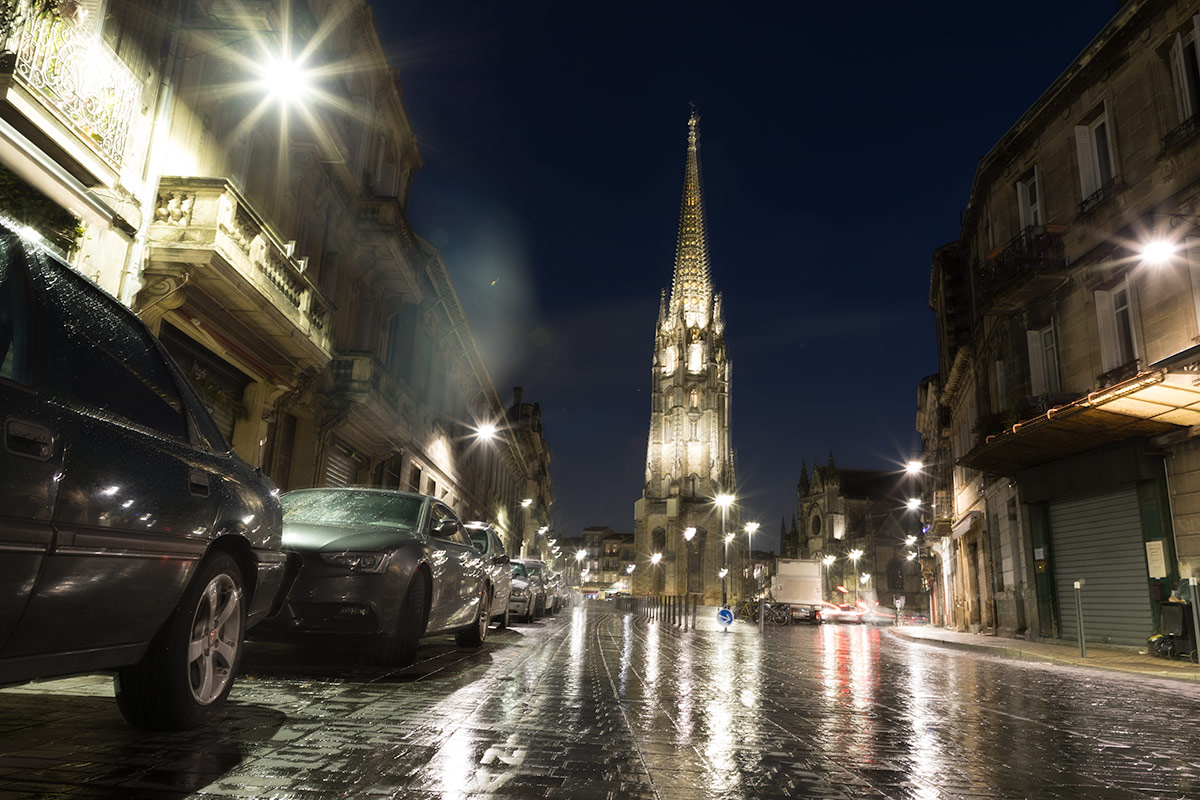 The Dreaming Spire: 'La Fléche' (the spire) holds a very special meaning for Daniel Darret in Bordeaux. The Saint-Michel catherdral's freestanding bell tower is 114 metres high, and is freestanding and located alongside, rather than on top of the church. The belltower was built in the 15th century on an ancient burial ground. 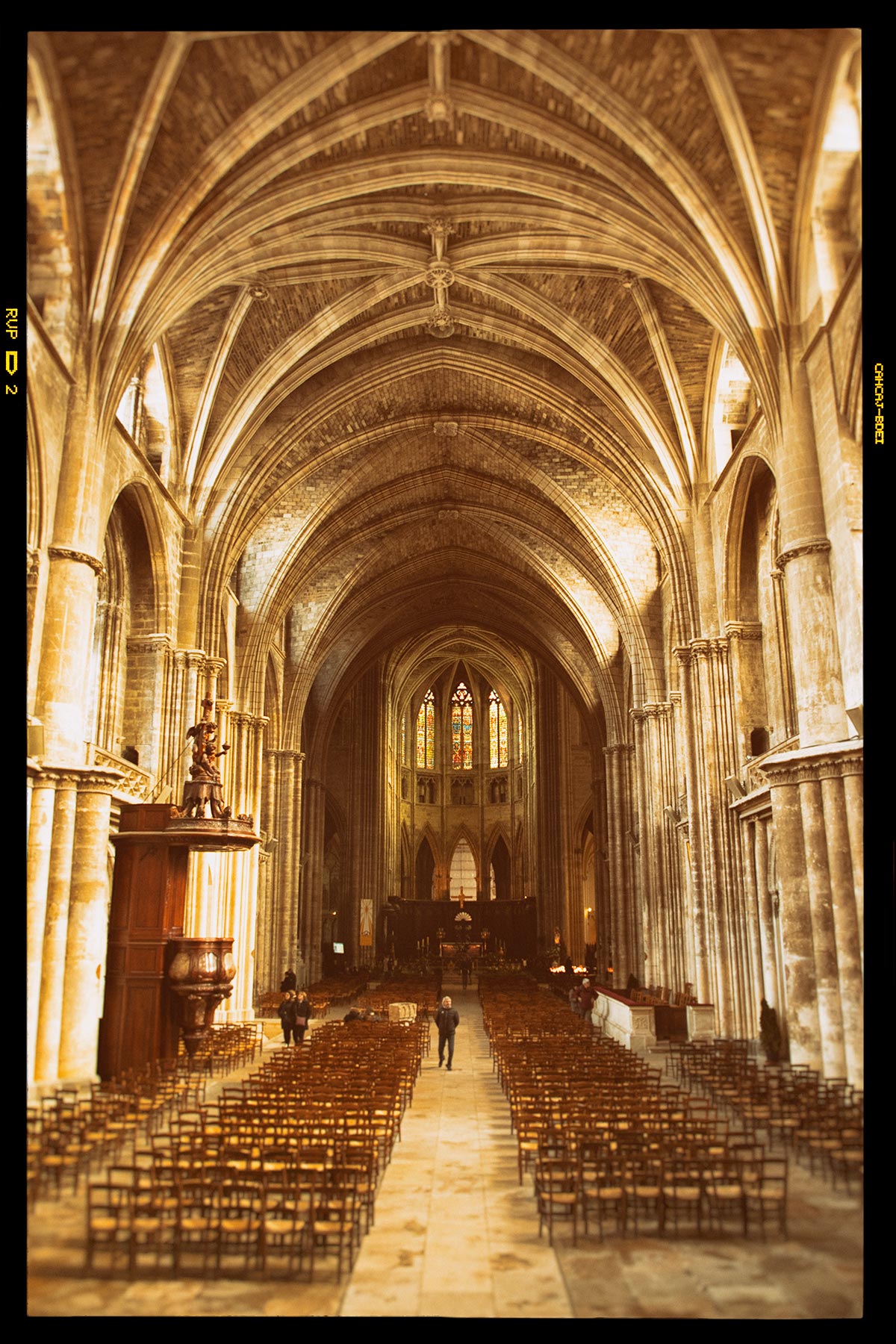 Where Daniel met Lonny: The view from under the organ in Bordeaux's Cathédrale Saint-André, where Lonny May waits for Daniel Darret. 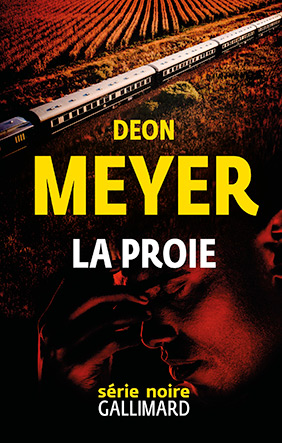 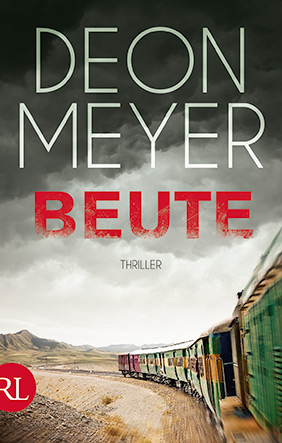 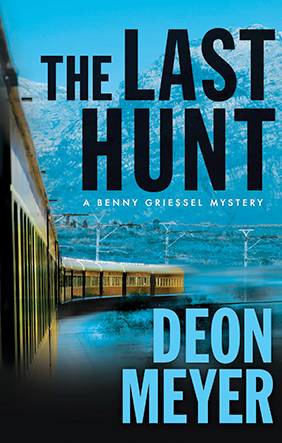 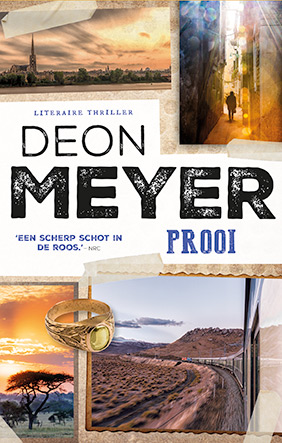 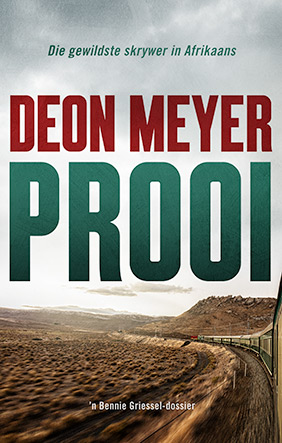