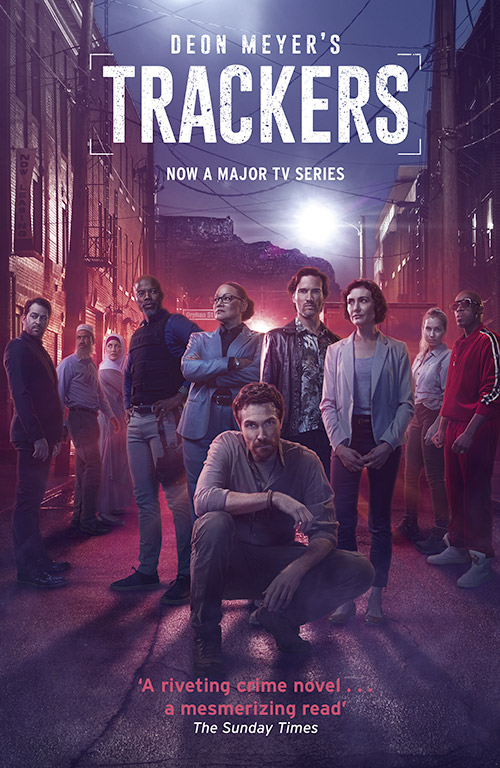 But when Emma le Roux looks at him with pleading eyes, when the roof of his Karoo house needs big repairs, when the cause is good and just, laws can be broken. So he sighs, and says, yes, he'll ride shotgun for the two rare black rhino's.

Because on a dark and dusty road in Limpopo, they stick a Smith and Wesson Model 500 against his head. They kick him and beat him, they lie, they deceive him, and they steal his Glock, the one with his fingerprints all over it. He wants it back. And he wants revenge.

So he tracks them, leaving a trail of violence that will run the length and breadth of a country, and touch the lives of:

Former cop Mat Joubert, working on his first dossier as a private investigator. It's a 'fifty-five', police slang for a missing persons case. Danie Flint, easy-going, life of the party, route planner at the Atlantic Bus Company, disappeared three months ago. The SAPS bungled the case, and Flint's wife is at the end of her tether. Joubert must track him down before her money runs out. But it's been years since he did the grunt work, he no longer has the might of the State behind him, and the trail has gone icy cold.

And Milla Strachan, the former housewife, who walked out on her rich, cheating husband and abusive teenage son to start a new life. Milla, who had only seen South Africa from behind the high walls and alarm systems of her plush northern suburbs home, and through the rose-tinted glasses of the privileged.

Struggling with being suddenly single at forty, trying to rebuild her relationship with her son, lost in a job market favouring the young and the wired, she has to settle for a lowly 'journalism' job at a secretive government agency. A whole new world opens up for her – including the murky realm of organised crime, Muslim extremism and terrorism, right on her doorstep. And then this world reaches out and touches her, draws her in.

A trail of death, stretching from the Chizarira to the Cape Waterfront. And at the end of it, nobody will be untouched.

“One of the sharpest and most perceptive thriller writers around.”

“In his seventh novel, the king of South African crime fiction outdoes himself, packing in enough plot to power three separate novels . . . Aside from masterfully juggling intricate plot details and ripping off some bloodcurdling action scenes, Meyer lays bare more ruthlessly than ever before the chaos that lurks beneath South Africa’s new identity as a playground for terrorists. And he throws into the bargain a chilling assessment of the average citizen’s hopelessly myopic worldview. Meyer has few equals when it comes to combining biting social critique and riveting action scenes.”

“Meyer’s ambition matches his execution in this brilliantly complex standalone thriller set in his native South Africa. . . . This powerhouse read, which captures the many facets of modern South Africa, should be the American breakthrough this talented author deserves.”

“South African mystery maven Meyer returns with a complex tale of intrigue and mayhem most satisfying. . . . Meyer’s carefully plotted narrative is multilayered and rich in detail, and it’s to his credit that he is able to pull these separate, seemingly unrelated threads into an a-ha conclusion. In the end, it’s about smuggling, killing, and other crimes, but also about the quotidian sins of racism, fear, aloofness, self-interest and mistreatment of others—in short, the ordinary human failings as well as their spectacular transgressions. A first-rate thriller.”

“[A] brilliant and intricately plotted thriller far beyond ordinary genre fiction. Trackers is an ambitious novel that opens a window into the people, the problems, and the landscapes of South Africa. Tense action scenes, unrelenting suspense, and a phenomenal cast of characters ranging from farmers and conservationists, to outlaws and intelligence agents, make it abundantly clear why Mr. Meyer has been crowned the ‘King of South African crime.’”

“Once again, Deon Meyer creates a vivid and sometimes frightening look at life in contemporary South Africa, which serves as the background for a real can’t-put-it-downer of a thriller. In the course of his six previous novels, each of which has been more exciting than the previous one, he has continued to expand his plotting and characters. This is his most complex and intricate novel yet, filled with twists and ironies and a series of surprises in the conclusion that make it all work.”

“In his native South Africa . . . Meyer is a bigger hitter than his namesake Twilight author, whom he jokes is his cousin. His books regularly slay the vampire romances in the charts, with their gritty realizations of the seamier side of South African life.”

The World of Trackers 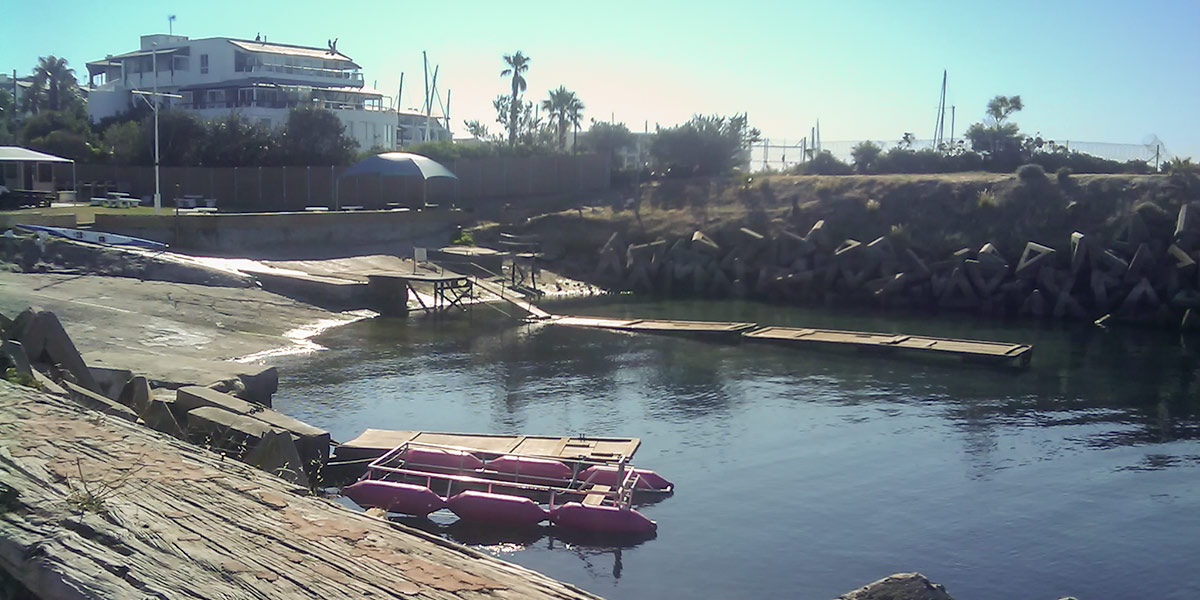 End of the Line: The small alcove where The Shipment is delivered - and death pays a visit. Is it the end of the line for Milla? Or a new beginning? 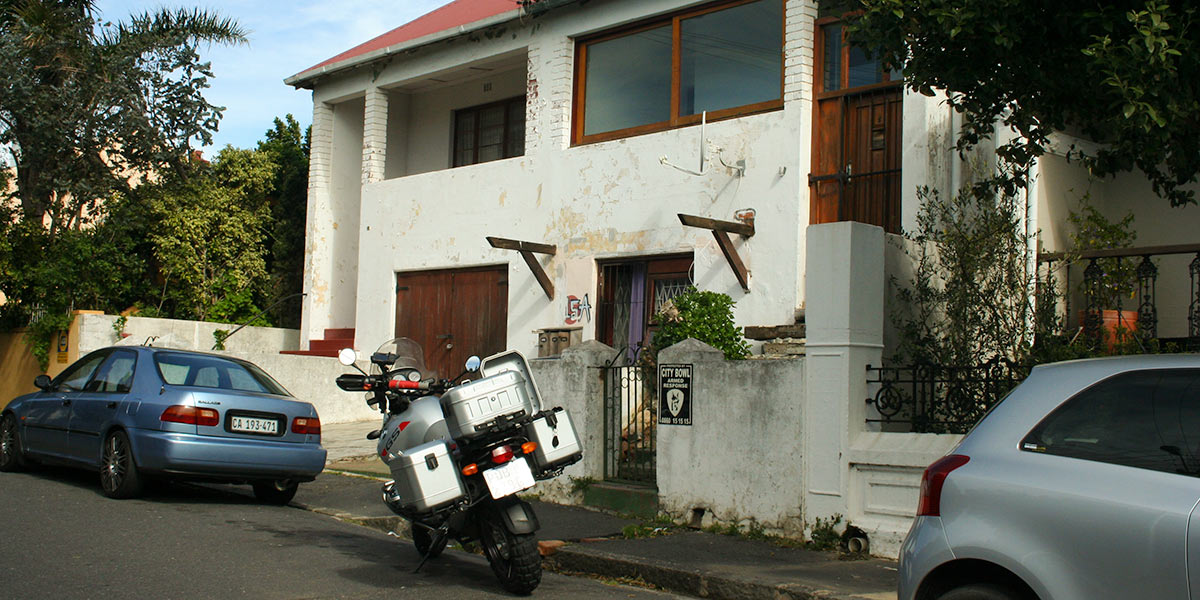 Supreme House: Chamberlain Street, and the building on which the Supreme Committee safe house is based. Note the satellite TV dish just below the upper window, where the microphone is planted. 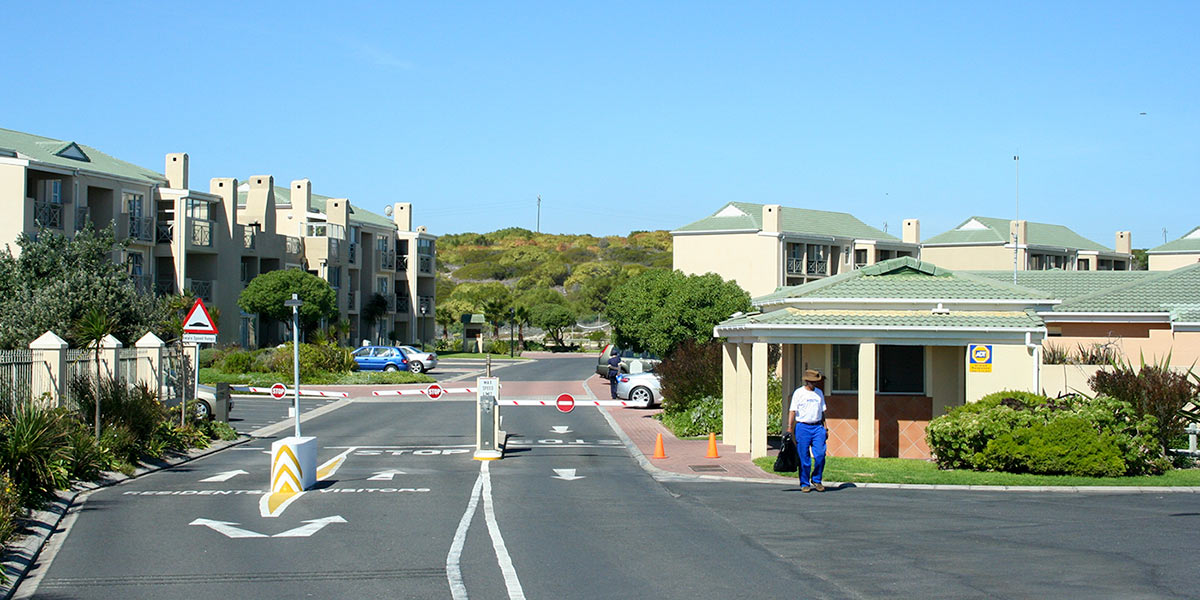 Big Bay, big trouble: The Big Bay Beach Club, where Milla and Lukas Becker hide from ... just about everybody. 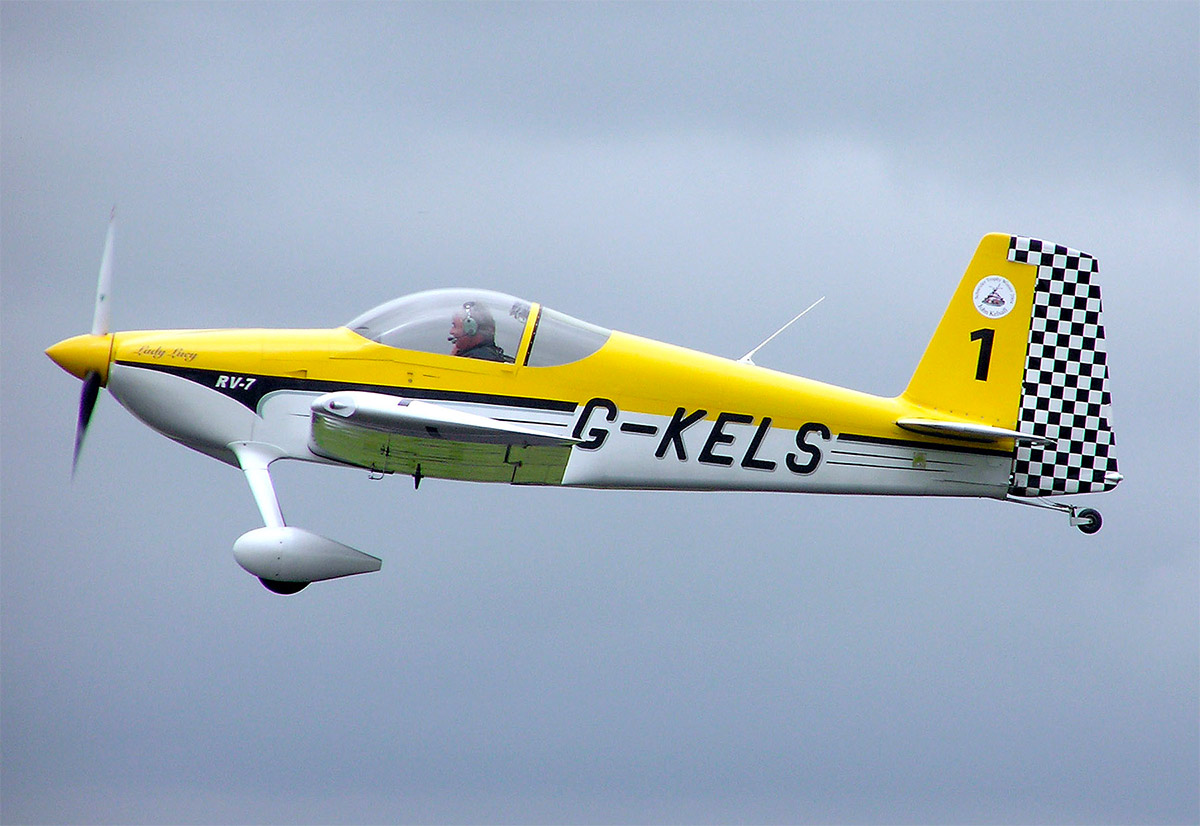 Sky High: The Van Grinsven RV-7 - the aircraft Lemmer and Lotter fly up to Musina. 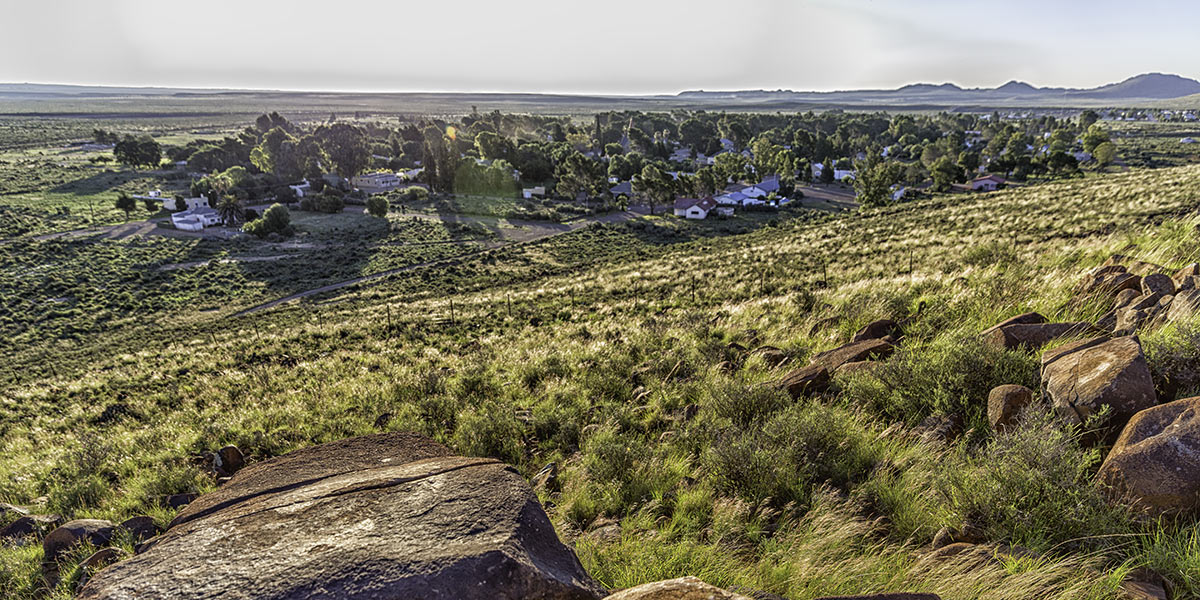 Karoo Town: Loxton, where Lemmer lives. His house is nearest to the camera on the extreme left. 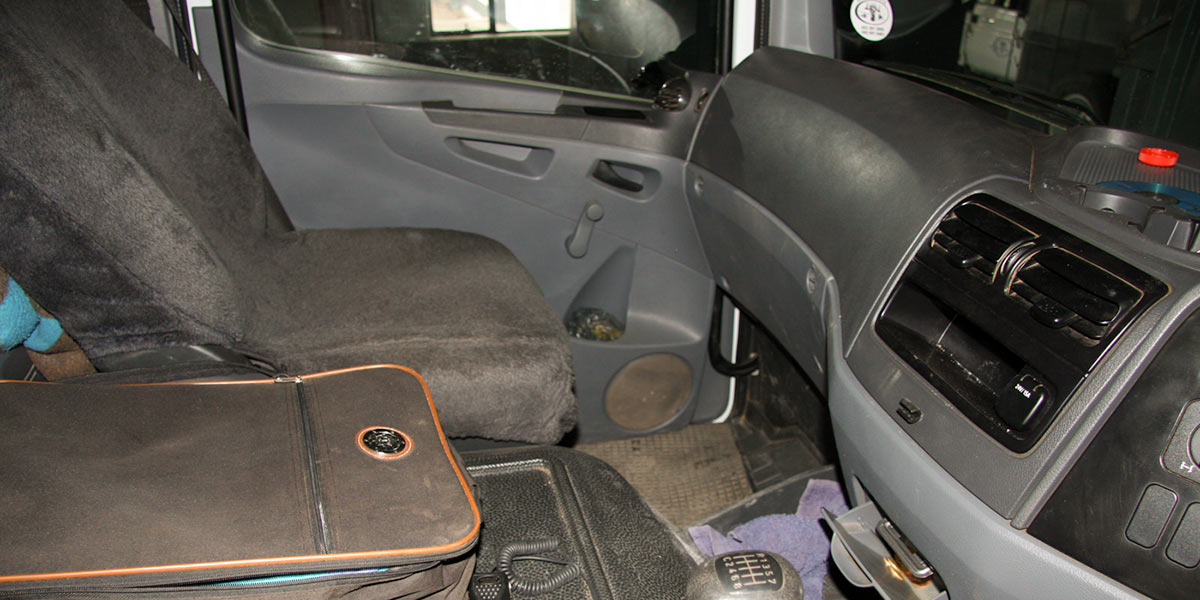 Cluster Truck: The Mercedes truck carrying two black rhinos, and three people. One of them might be a traitor. 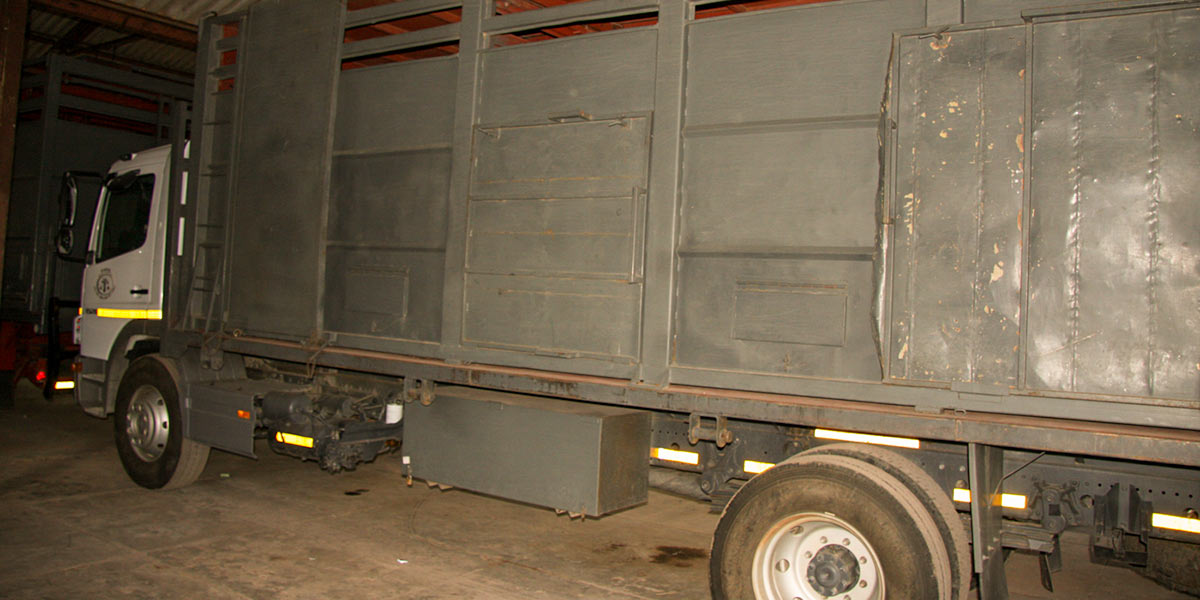 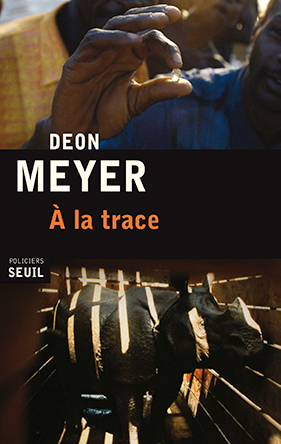 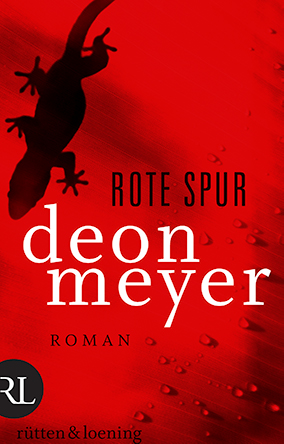 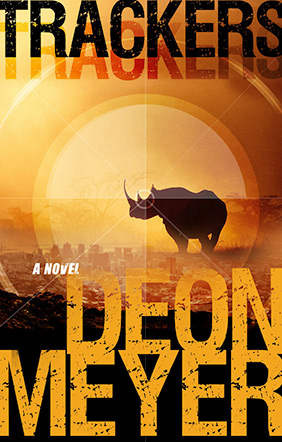 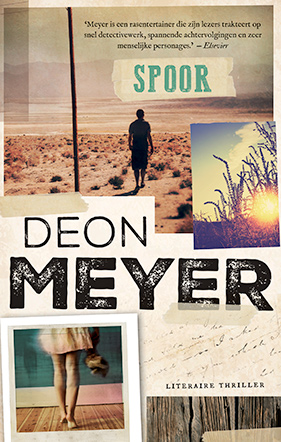 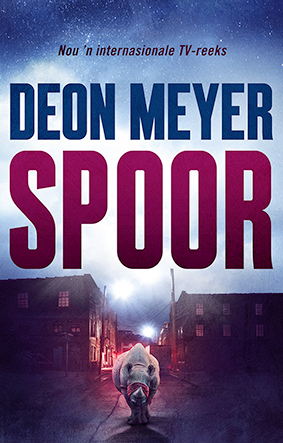