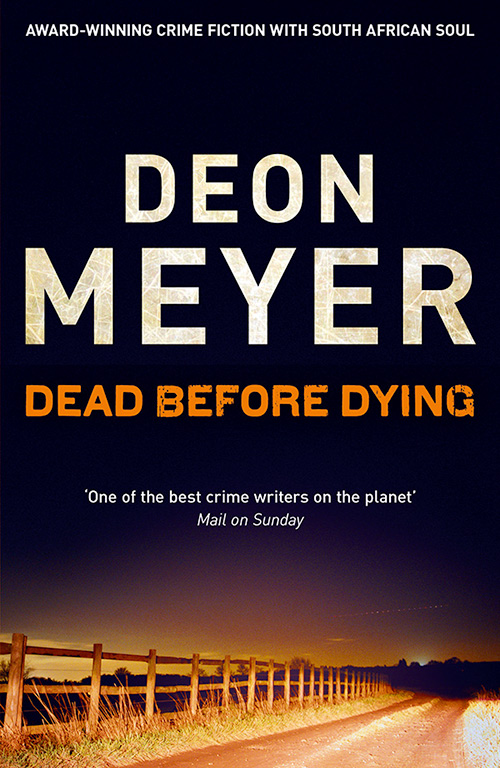 JC Patterson writes in the The Madison County Herald in the USA:

Deon Meyer is a worldwide phenomenon ...

In the world of crime fiction, Meyer could be compared to a South African Michael Connelly. His first novel, the acclaimed "Heart of the Hunter," is well on its way to becoming a feature film. "Dead At Daybreak" (2004) has been made into a 10-part television series broadcast to Africa and the Middle East.

Set in post-apartheid Cape Town, "Dead Before Dying" places us in an uncomfortable interrogation room with police captain Mat Joubert, a man who can't escape his tragic past. It's been a little over two years since Joubert's wife (an officer herself) was killed in the line of duty. Joubert has been in an abusive relationship with booze, cigarettes, overeating and self-loathing. His new commanding officer is about to change all that.

The ever-intimidating Bart de Wit wants his Murder and Robbery detectives fit, both physically and mentally. When diets and mental health regimens are recommended, many of Joubert's comrades begin to fall by the wayside.

But a new series of crimes has the overweight and insecure Joubert beginning to feel like his old persona again.

Men, seemingly unknown to one another, are being murdered with a century-old German handgun. The killer's even using the original and very powerful bullets.

Joubert distills his rusty investigative skills with weekly visits to his new therapist while dodging advances from his neighbor's lusty teenage daughter. He's also caught up in a curious string of bank robberies orchestrated by an overly polite chameleon whose disguises change with each branch.

As the murder list and bank holdups increase - de Wit and the over-eager media threatening his every move - the slowly resurrecting cop realizes "you can take Joubert out of the dark but you can't take the dark out of Joubert." A long-buried secret about his dead wife is about to surface, and the outcome may be lethal.

Though Meyer's tales are continents away, crime, race and dirty politics are still the same. The prose crackles with an original intensity that never stalls from the first murder to the unexpected ending . "Dead Before Dying" is an excellent character-driven fable of fractured lives and the inner strength that gives one the ability to either climb out of the abyss or to become one with the darkness.

"More than a police procedural, Dead Before Dying is solid, tightly-plotted and unpredictable, the new South Africa more recognizable with each Meyer title, the violence universal.

— Luan Gaines for Curled Up With A Good Book.

"... this remains a bold, character-driven page-turner."

"In Dead Before Dying, Deon Meyer delivers another gripping psychological mystery set in South Africa. It's about revenge, redemption, and the gradual fanning of love from the embers of two charred hearts."

"DEAD BEFORE DYING is a tremendous novel -- immaculately paced, well-plotted (with a kick in the tail like a mule) and full of all too real, flawed characters. Meyer is definitely a writer to watch."

— Sharon Wheeler on Reviewing the Evidence. 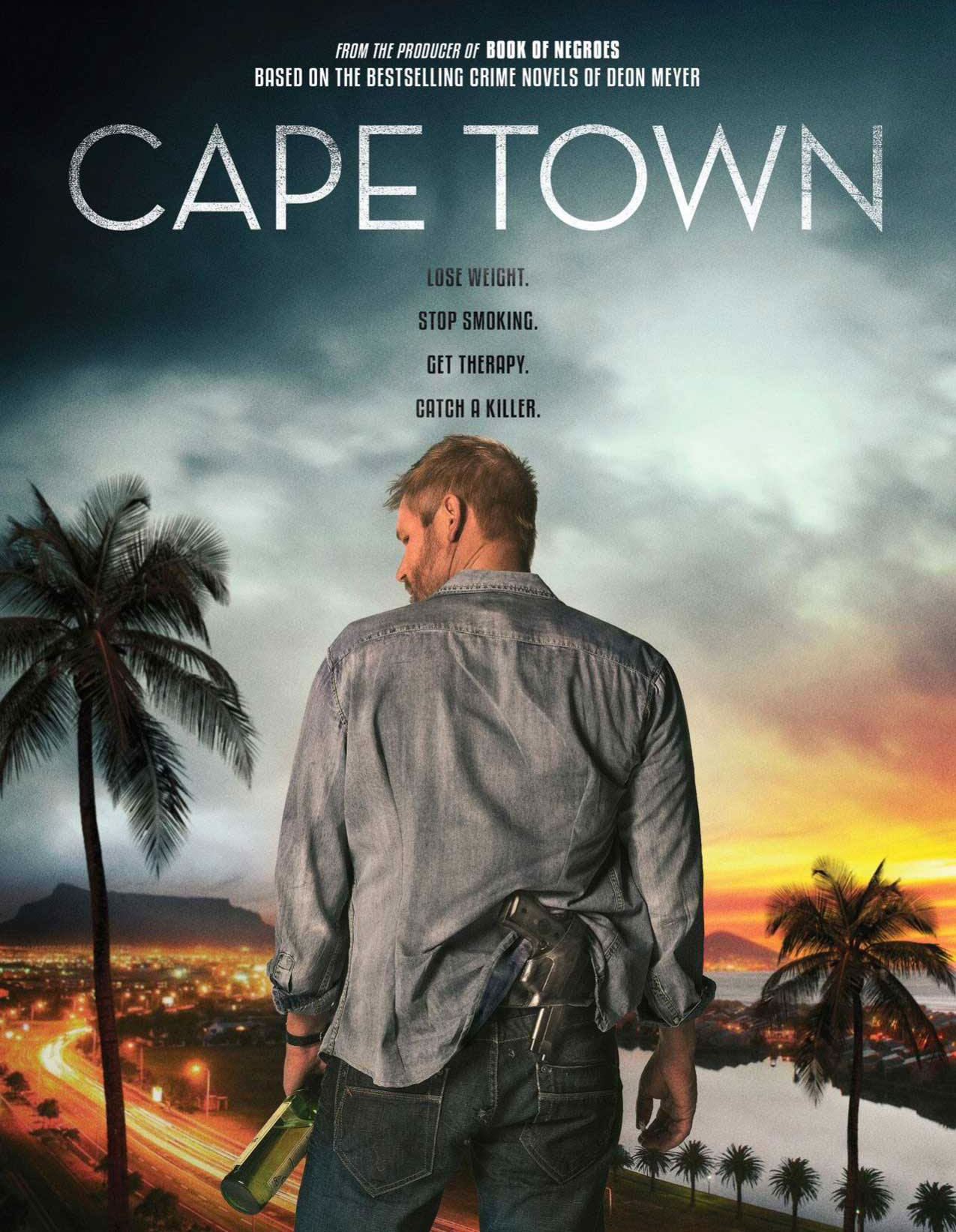 Dead Before Dying is now an international TV series, with Norwegian actor Trond Espen Seim as protagonist Mat Joubert. Resident Evil star Boris Kodjoe is in the role of Sanct Snook. The series will be directed by Hungarian born Peter Ladkani.

The series is executive produced by Annette Reeker. 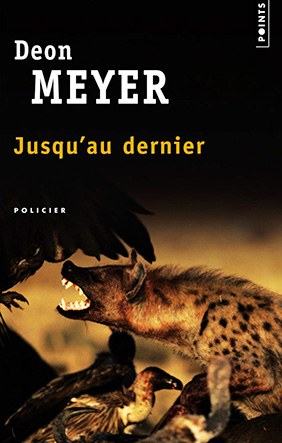 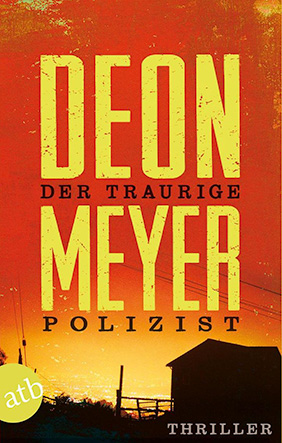 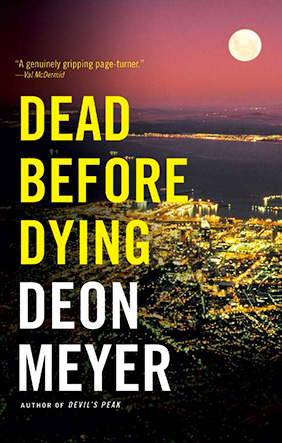 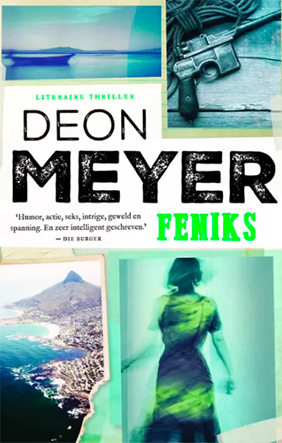 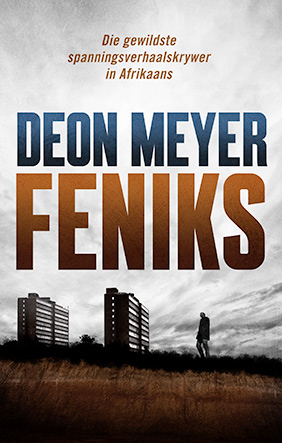