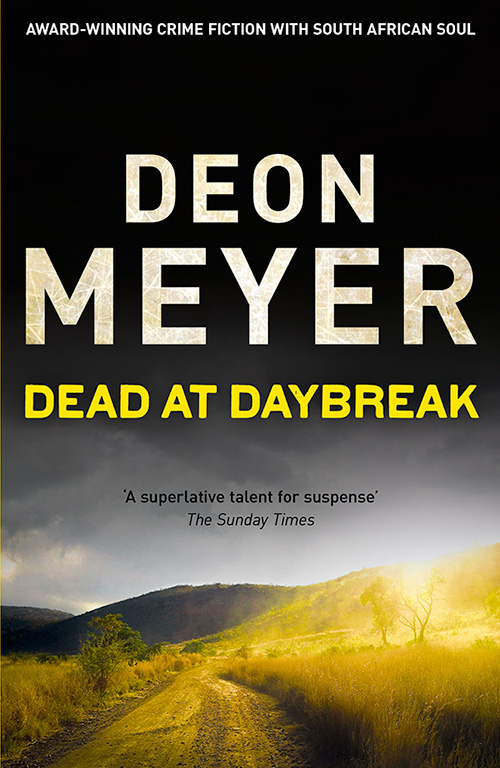 Zatopek (Zet) van Heerden is an ex-cop, a damaged man who describes himself as trash and acts self-destructively. He reluctantly agrees to take on a job for attorney Hope Beneke. Jan Smit, an antiques dealer, has been killed; tortured with a blowtorch then shot in the back of the head. An execution-style murder. The weapon used was an M16, a military gun, favoured by mercenaries. The contents of Smit’s safe are missing and that includes his will which is needed to settle his estate. When van Heerden tries to find out more, he discovers that Jan Smit had a false ID and sets out to uncover who he was. His investigations lead him into South Africa’s murky past and attracts the unwelcome attention of brutal killers.

Meyer effectively weaves together the progress of the investigation with Van Heerden’s account of his life story leading up to the awful events that resulted in his fall from grace and loss of integrity.

Dead at Daybreak is a gripping read with a flawed but human protagonist who invites our compassion. The brutal terror of the hunt that develops is matched by the compulsive but increasingly ominous revelations of Van Heerden’s past transgression. This is the second novel by South African Deon Meyer, a fresh voice and a compelling storyteller.

"Deon Meyer recreates the beauty, wildness, and danger of modern Africa with an immediacy and force no other writer has achieved."

"A highly entertaining, page-turning transposition of the American private eye genre to an exotic and vibrant setting ... a terrific new talent."

"A breathtaking pace, heart-pounding action set against a psychological backdrop, and a fascinating protagonist makes this book a winner."

"Meyer manages to ratchet up the tension so effectively that readers will have a hard time deciding which mystery they wish to pierce first ... A narrative gem."

"Nothing is more exciting than a new voice in the thriller arena, especially if that voice also tells us about a largely unknown part of the world. Originally written in the Afrikaans language, 'Heart of the Hunter', Deon Meyer's first book to be published in America, took us behind the headlines of pro- and anti-apartheid forces in South Africa's bloody recent history.
Now comes 'Dead at Daybreak', on the surface a more traditional noir adventure apparently written before 'Heart of the Hunter' but exploding with even more anger and sadness.
'Dead at Daybreak' is also a terrific ride on almost every level."

"If DEAD AT DAYBREAK is anything to go by, we are seeing the rise of a major new, international writing talent. I cannot recommend this book highly enough."

"South African crime writer Meyer's expertly crafted second thriller confirms his place as one of the genre's finest new stylists. This is a remarkable achievement from a singular new talent."

"[A] densely woven crime thriller . . . With DEAD AT DAYBREAK Deon Meyer has built an impressive and gripping book, a double helping of suspense . . . gripping, exciting and solidly written."

"After debuting on the US scene last year with the excellent HEART OF THE HUNTER, Meyer returns with an earlier novel that is just as good, featuring taciturn but only somewhat tortured criminal psychologist Zatopek van Heerden investigating a murder that reaches deep into past grievances, personal and professional. What elevates this thriller above so many others is its intelligence and willingness to take structural risks (like using 1st person and 3rd person POV for the same character.)"

The World of Dead at Daybreak 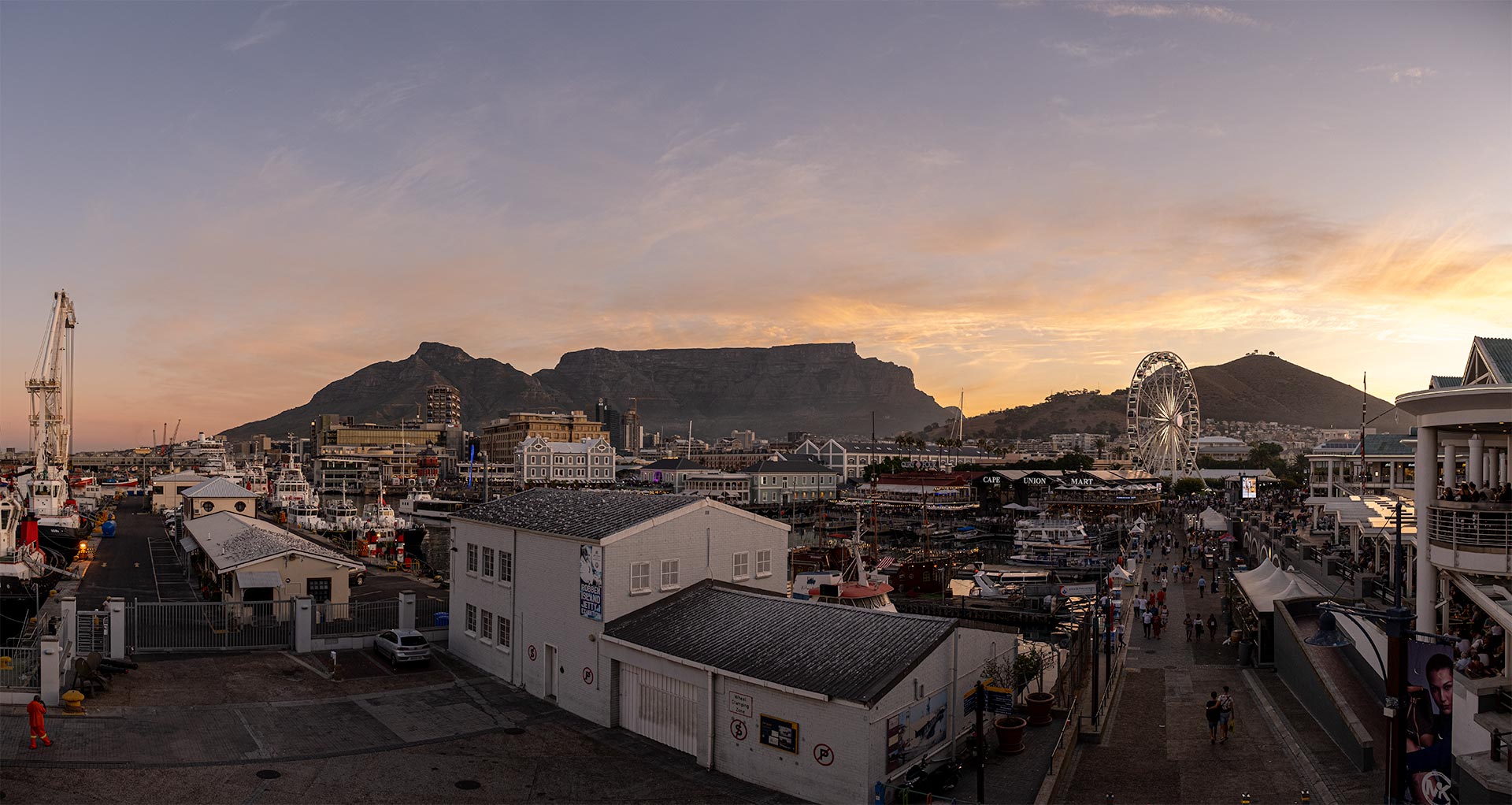 At The Waterfront: Cape Town's Victoria and Alfred Waterfront is where a lot of the action happens in Dead at Daybreak, and where a number of scenes for the Afrikaans TV series Orion – based on the novel – were shot. 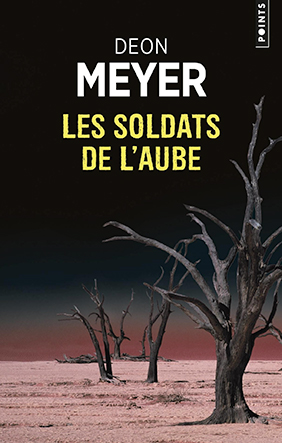 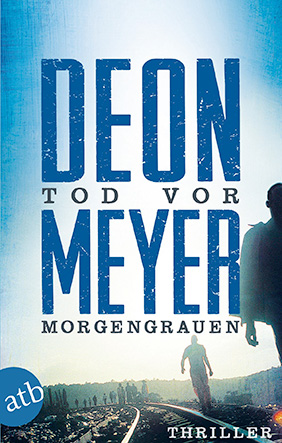 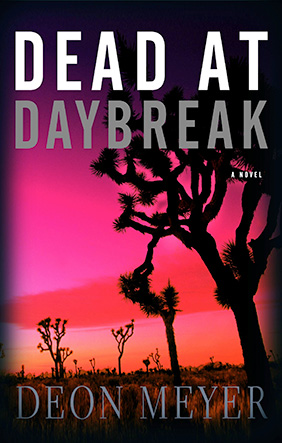 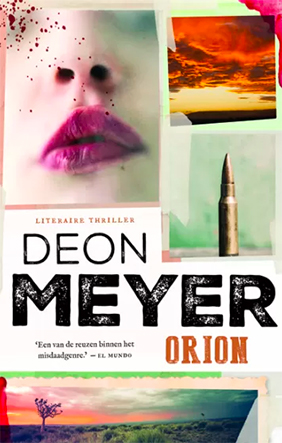 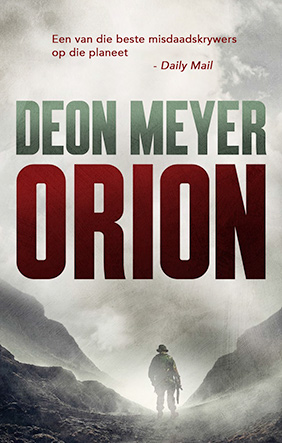